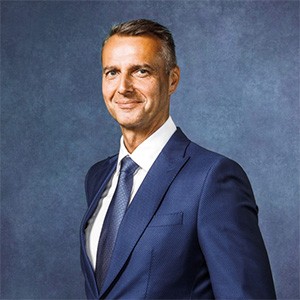 Deputy Prime Minister Richard Raši was born on the 4th of April 1971 in Košice. After completing his studies at Pavol Jozef Šafárik University in Košice he obtained 1st and 2nd degree specialization in Surgery and Traumatology. In 2004 and 2010 he completed further studies and received MPH and PhD. degrees respectively. In 2008 was designated as a Minister of Health of the Slovak Republic. After parliamentary elections in 2010 he become the member of the National Council of the Slovak Republic. In the same year he was elected Mayor of the city of Košice. He has been working as a Deputy Prime Minister of the Slovak Republic for Investments and Informatization from the first half of 2018.